This was one of the first things I challenged in Christianity, is the Bible what they claim it to be ? Is it really the Word of God or is it just a bunch of stories and fables, that a bunch of human writers put together and manipulated over the centuries.

As Michael Ramsden famously quipped, Christians are a bunch of people who have nothing, but want to share it anyway. Is this one of those things ? After exhaustive study on the subject, I can confidently state that the human authors had very little to do with the actual text and that its supernaturally inspired and preserved.

The Bible is one of the most historically verifiable books in existence today. Many people are not aware, that most historians take the Bible, especially the New Testament, very seriously indeed. The Bible has been subjected to extremely vigorous literary and historical criticism, probably more than any other ancient work, and it’s emerged unscathed [1].

If all our copies of the English New testament were destroyed, its possible to completely rewrite it from scratch using only the manuscripts and fragments we have. There are thousands of manuscripts available today in the original languages that lend both authenticity as well as reproducibility. In contrast if you look at other literary pieces like the Iliad by Homer, we have only a few words preserved, that too copies of copies.

Even if all the original manuscripts we have today were destroyed, the entire Bible can be reconstructed only using direct quotes from it used in early church writings, this is barring 7-8 verses. I mean second and third century writings by early church fathers and Jewish historians where they quote the Bible.

J Barton Payne, the author of The Encyclopedia of Biblical Prophecy shows that there are 8,362 predictive verses in the Bible with 1,817 predictions on a range of 700+ topics [3] . Just considering fulfilled prophecies retrospectively and analyzing the time when it was predicted and the time it was fulfilled, along with the specifics will blow your mind !

A good example is The Book of Daniel, Chapter 11, it lays out world history so precisely that scholars could not believe it was written hundreds of years before Christ. Of course the dead sea scrolls shut them up for good. The Book of Daniel is one of the most historically verifiable books today.

Isaiah, writing 600+ years before Jesus Christ predicts His crucifixion with such great detail. Keep in mind crucifixion was not even invented yet, in his time the capital punishment was death by stoning. The crucifixion was invented centuries later by the Persians and perfected by the Romans.

Another example is when the prophet Ezekiel tells the tyrannical king Zedekiah he will not see Babylon and when Jeremiah tells him he is going to die in Babylon. The king laughed at them and did not heed the warning. Yet a few short months later Nebuchadnezzar comes along, puts out his eyes and takes him back home to Babylon to die there as a captive. Observe the precision.

This icing on the cake and the single most important person and subject of OT prophecy is the person and the life of Jesus Christ.

The more you look into this, the more impossible it becomes to ignore it. Clearly the Bible was authored by someone outside the constraints of time with great supernatural powers. He is able to write the future as how we’d write history.

The design of the book anticipates hostile jamming, the message is spread out in such a way if you were to remove a chapter, or maybe even a couple of books, the Gospel and the record of the person/life of Jesus Christ is more or less preserved. Same with key doctrine, its perfectly spread out that no single chapter or verse is indispensable.

The Hepatic structure, the Gematria and other cosmic codes which are being discovered even as I write this, can stun the most competent of Information Science professionals. The most famous being Chuck Missler’s discovery of the Equidistant Letter Sequences in the Torah [4] . There are numerous scholars who have spent time on this subject like Ivan Panin, whose book Bible Numerics led to a whole new field of study into Bible codes [5].

This is just the tip of the iceberg, the more you look into this subject the more sure you can be that this is no ordinary book, but a message from the creator of the universe that transcends both time and space and is written as a love letter to you, His beloved child. 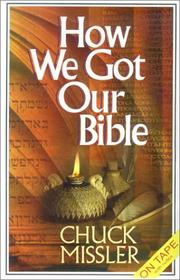