Stanley Miller was an American chemist who was famous for landmark experiments relating to the origin of life. The historic Miller–Urey experiment showed that some complex organic molecules could be synthesized from simpler inorganic ones. The experiment was widely publicized and many claimed it provided support for the idea of a chemical evolution of the early Earth.

Many evolutionary biologists and atheists argue that the whole system ( universe, galaxies, stars, planets et al ), given enough time can randomly arrange itself in a way to make life possible through a process of chemical evolution.

An example of whats wrong

Picture this, lets take a honey bee and observe its flight path over a lifetime and map it in two dimensions. What are the chances of this path at some point resembling an alphabet ? I’d say quite high. Lets take this a bit further, what are the chances of say, getting a full word in sequence ? Now imagine the chance of a sentence. Im willing to bet its ridiculously low.

If I told you its possible, that the alphabets formed by tracing the path of this bee in flight is exactly the same as the text found in a book, say Moby Dick, how absurd does that sound ? Taking it a step further, if I say its possible for the bee to completely by random chance write Moby Dick in a span of one hour, would you not doubt my sanity ?

Yet this is precisely how many evolutionary biologists claim, the source of all information needed for intelligent life put itself together, via chemical evolution.

Why is this scientifically absurd ?

1) Contrary to Miller’s assumption of a strongly reducing condition, the primitive atmosphere was quite neutral, and contained gases in very different proportions.

2) Random chance may get you a brick (amino acid or a protein) but to extend that and say a perfectly architected building also can happen by random chance is not very logical.

3) There is simply not enough time for this to happen, studies in modern physics on the nature of time show that time is not infinite. There are only 1018 seconds in the entire history of the universe.

4) There are only approximately 1066 atoms in our entire galaxy. Statistically this is not enough for all the permutations and combinations required, for the information needed for life, to create itself.

5) Mathematically, there is a greater chance of a big ball of fire to exploding and creating a computer, which then typed the article you are reading, all by itself, than say for a single human DNA molecule to create itself.

There are several other studies and papers like the one on the Anthropic principle ( discussed in another post ), hyper-dimensionality, studies on the speed of light among others that completely destroy any possibility of the universe and life putting itself together by chance or by means of chemical evolution. 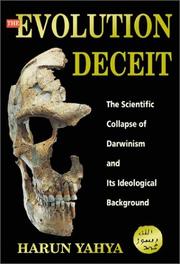